The Fear of Choosing

I moved to Europe years ago from Canada and although I made the move to embrace the change and experience another way of life, the first thing I noticed was the stores closed at 6pm. There was no 24 hour convenience that would provide me some peace of mind should I run out of milk at 8pm. I also noticed that restaurants closed at 2h30 pm, once the lunch crowd was served. If I happened to get hungry at that time I was out of luck, the kitchen staff had all left.

The supermarkets, at the time, were far from the super that I knew.  Although they had all the necessities, they didn’t have all the necessities in different sizes, colours, shapes and flavors. Something that I was accustomed to.

Regardless, over time I found myself adapting to the rhythm of this world and stopped trying to fight it. I couldn’t find my beloved peanut butter so I did without and eventually found other products that were just as good and fun to experience. I discovered the joy of having fresh bread everyday, as was the custom, rather than having that loaf of Wonder Bread that would last two weeks before mold started to set in.

On a visit back to Canada I had the chance to show my new Swiss in-laws the city that I grew up in, along with many of the aspects of North American living that they only knew from movies.

In order to accommodate them I wanted to make sure that they had everything they needed to make their stay comfortable. This included their much desired morning coffee. We had instant coffee at the time and they preferred fresh brewed so no problem, I said, “Let’s go over to the supermarket and I will show you an incredible assortment of coffee to choose from.”

We arrived at the supermarket and made our way over to the coffee isle. In front of us were rows of shelves of every kind of coffee you could imagine. I said to my mother-in-law proudly “look, we are here, you can find any kind of coffee you want.” There was deep roasted, light roasted, medium roasted, french roast, instant, ground, finely ground, whole bean, and decaf. There was Mexican coffee, Ethiopian, Colombian, and Ecuadorian. Then there were the different brands. There was Folgers, Maxwell House, Juan Valdez, Nabob, Nescafé, Tully’s, Tim Horton, Van Houtte and others.

I turned to my mother-in-law and asked, “So, what kind of coffee do you want?” In a state of anguish, she replied, “I just want coffee, just regular coffee, Espresso, Espresso.” So we found the regular espresso in the regular packaging and the regular size and left the store. I then found myself actually disappointed by her reaction. I thought it would be one of amazement, such as, “wow, I can find every kind of coffee I can imagine here.” Instead, what I found was that this myriad of choice that she was presented with, in fact, complicated things for her.

I spent years in University studying all aspects of Marketing and it never occurred to me that more choice could be a problem for somebody, until I saw my mother-in-law’s reaction. In addition, it forced me to reflect on my years in Europe doing without all that choice and I actually found daily life to be easier. I gained an appreciation for basic things that we often take for granted. So, I looked a bit deeper into this choice dilemma to see why it would cause such psychological reactions in us.

We can, in fact, go back to the 14th century, where we find an analysis of the condition with the illustration of Buridan’s ass. There’s an ass (donkey) and it’s very hungry and thirsty. But because someone is very cruel, the ass has been placed at equal distances between a pail of water and a stack of hay. The donkey would try to relieve its desire for food or drink, with the choice between those depending on which is closer. But since they’re equally spaced, the donkey is paralyzed. So it stands there, and sits, and ultimately dies.

In her book “The Art of Choosing,” Professor Sheena Iyengar, S.T. Lee Professor of Business in the Management Division at Columbia Business School researched this phenomenon. A grocery store presented customers with two different sampling stations: one with 24 flavours of jam and the other with only six options. The results of the study revealed that the availability of six options resulted in 30% of consumers purchasing at least one jar of jam, while the sampling station with 24 flavors had a conversion rate of only 3%. While the larger selection attracted more onlookers, the smaller selection actually generated more sales.

When we are presented with many options, we usually fear making the wrong decision. This can be translated mathematically. When there are only two options, we have a 50% chance of choosing the right one. But when there are five options, our chances suddenly decrease to 20%. Matters become even more complicated when there are twenty options or more. Human cognitive ability cannot efficiently compare more than five options, so most of us will start looking at the first few options and then stop.

According to classical studies the consumer goes through 5 stages in the decision making process: 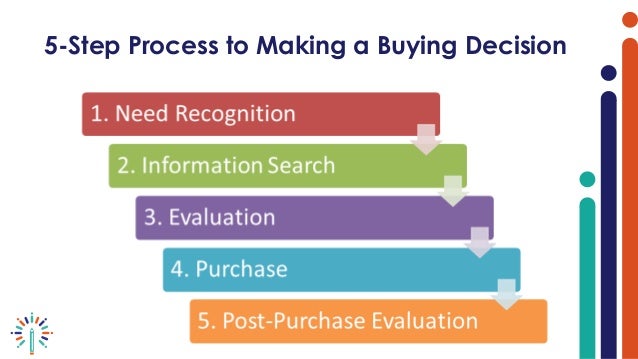 The problems begin in the Search for information and Evaluation of alternatives stage. Most consumers do not feel particularly confident, which has the potential to trigger strong emotions like frustration, confusion or annoyance. Frustrated shoppers who are unable to choose will most likely postpone their purchase, whereas confused shoppers may rush themselves only to get over with it quickly, and choose something they will regret later. Annoyed shoppers are quick to leave the store and head straight to a competitor, swearing to never ever return.

In his book, “The Paradox of Choice” (HarperCollins, 2003), author and psychology professor at Swarthmore College, Barry Schwartz said, “Consumers have always had choices, but today options have exploded beyond all reason.” “It’s the ethos of American society; the idea that freedom is good, more is better, and you enhance those ideas by offering choice. Logically, you can’t hurt anyone by adding options. It makes no one worse off, and some better. That’s the theory, but in practicality it’s not true.”

Schwartz argues that even if we do make a choice, “We end up less satisfied with the result of the choice than we would be if we had fewer options to choose from”. Increased choice, can make us miserable because of regret, self-blame and opportunity costs. Worse, increased choice has created a new problem: the escalation in expectations. Greater expectations will drive companies to increase the number of choices they offer, which will in turn make it harder for the consumer to make a choice. A vicious cycle.

What consumers have been confronted with is “Choice Overload”, a term that was first introduced by Alvin Toffler in his 1970 book, Future Shock. Toffler noted that as the choice turns to over-choice, “freedom of more choices” ironically becomes the opposite—the “unfreedom.” This choice overload has become even more evident in the new economy with the likes of super online stores such as Amazon and Alibaba.

In the end, according to Professor Sheena Iyengar, when faced with a complex multitude of options, consumers tend to disregard sound reasoning and pick a product based on what’s easiest to evaluate, not what’s most important. She says that, “We stick to the familiar or go by price because we don’t want to deal with so many choices and scrutinize label claims or nutrition information.”

Between 1975 and 2008, the number of products in the average supermarket swelled from an average of 8,948 to almost 47,000, according to the trade group, Food Marketing Institute. The business point of view, most new items are generated because manufacturers are under pressure to increase growth, even if those items are an extension of an existing product as opposed to something innovative. Yet, in spite of this point of view companies usually see just 20 percent of products accounting for 80 percent of total sales.

Tesco chief executive Dave Lewis, in 2015, decided to scrap 30,000 of the 90,000 products from Tesco’s shelves. This was, in part, a response to the growing market shares of Aldi and Lidl, which only offer between 2,000 and 3,000 lines. This has enabled Aldi and Lidl to be more competitive on price which has in turn helped them to gain market share.

Although we have highlighted supermarkets, choice overload is apparent across many industries and if more companies don’t take the same actions as Tesco then the onus is ultimately upon the consumer to deal with the myriad of choices before them. But how?

There is an overwhelming amount of studies on what makes consumers decide, how to force consumers into decisions, how to manipulate a consumers buying process and on and on. What is less available is information related to helping consumers fend off this barrage of marketing and choice overload, which would make sense since companies are making money from consumers and not vice versa, but there are solutions.

In a 2003 JPSP paper (Vol. 85, No. 1), it was reported that the bigger the assortment, the harder it is for people to choose, “except” under one condition: when they enter with an articulated preference. Nobel Laureate Herb Simon, PhD, first referred to this as a “satisficing” option: the first decent choice that fits their preference as opposed to exhaustively scanning all options until finding the perfect, or “maximising” one.

Essentially, the best thing that a consumer can do is to know as close as possible what he wants to purchase before he goes searching for it, no matter what the product is. Simplify it as much as you can. In addition, it may be wise to lower one’s standards when making a buying decision.

The next time you purchase coffee, define as close as possible what you want before you even think about choices or enter a store. Next, lower your standards and accept the fact that it may not rank as the best coffee in the world, then you reduce the chance of regretting your choice.

Do this and you will feel better about your decision and at which time you will have made the ultimate choice you can make!

We have seen the future and it is DNA storage!

We have seen the future and it is DNA storage!

More posts by The Hutch Report

This website uses cookies to improve your experience while you navigate through the website. Out of these, the cookies that are categorized as necessary are stored on your browser as they are essential for the working of basic functionalities of the website. We also use third-party cookies that help us analyze and understand how you use this website. These cookies will be stored in your browser only with your consent. You also have the option to opt-out of these cookies. But opting out of some of these cookies may affect your browsing experience.
Necessary Always Enabled

Any cookies that may not be particularly necessary for the website to function and is used specifically to collect user personal data via analytics, ads, other embedded contents are termed as non-necessary cookies. It is mandatory to procure user consent prior to running these cookies on your website.